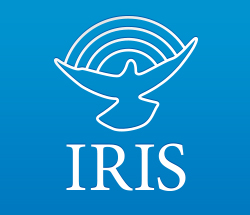 
God isn’t done with his drastic dealings with Mozambique. Almost ceaseless rain for the last month up and down the country has resulted in the overflowing of major river systems again this year. Last year’s incredible flooding, the worst in memory anywhere in the world, affected one million people. Already the current flooding is “affecting” 390,000, and the weather forecast is for much more of the same.

This time, however, because of our tremendous church growth over the last year, we are personally involved with many thousands and thousands of suffering victims because they are in our churches. They are isolated and cut off from food supplies by flooded roads in all directions, and whole populations of towns are going without eating for weeks. What little food there is a certain distribution points is not nearly adequate and does not reach the bush villages. The United Nations World Food Program had stored enough for 250,000 people for one month, but the current situation is much worse than anticipated.

Yet the Holy Spirit is moving, thousands are coming to Jesus, and scores of new pastors are getting ordained. We received a report from Quelimane, a northern town, that our pastors in a conference there were stranded and couldn’t get home. They had no food, and many were sick with water-borne diseases. There are only two doctors among hundreds of thousands of people. One of our pastors spent a week with his family on his dining room table, surrounded by muddy water. Most don’t even have a table. But new believers are being baptized, even in flood waters filled with leeches. The Church of Jesus Christ will not be stopped.

Iris Ministries is facing an awesome cry for help all over Mozambique. Rain is severe even in the south at our Maputo center. Our own house is soaking with leaks. Our one hundred twenty pastors in our current Bible school session are in constant intercession for their people and country. The Holy Spirit is falling on our worship meetings. And at the same time hunger and disease are spreading out of control. Fifty of our own children are in the hospital, and many more are overflowing our clinic getting emergency treatment. This is a major assault by the enemy, and so we share this with our friends in the Body of Christ.

We will be flying everywhere possible in our small Cessna lightplane to bring the Word of God, financial assistance, and what food we can. More aircraft are needed. Transportation and communication under these conditions are extremely difficult. Many are crying out for housing and protection from the rain. At this critical time we need visitors and help more than ever from the outside. If you are planning on visiting soon, arm yourselves spiritually in every way so that the King can use you exactly as He wants. And may He richly be with all who serve Him by giving as well.

We don’t want you to be unaware of what we are facing, and we want the Body of Christ world-wide to wake up the physical and spiritual desperation of so much of the world, but we also want you to grow greatly in your faith and strength as a result. Even now we will rejoice in Him, and enjoy abiding in Him more than anything in the universe…

With much love and appreciation,

[Following is a current Internet report on Mozambique, which was also quoted by Associated Press on CNN’s website.]

The Mozambican government Wednesday launched an emergency appeal for international assistance for the victims of flooding in the four central provinces of Zambezia, Tete, Manica and Sofala.

The floods have killed at least 41 people.

Addressing a meeting of donor representatives in Maputo, Foreign Minister Leonardo Simao put the number of people affected by the floods at 390,000.

Some 70,000 of these have been displaced from their homes, he said, adding that the known death toll now stands at 41.

He said the worsening of the situation along major river valleys in the centre of the country over the weekend meant that the government could no longer cope with the situation using the existing resources.

Simao said the government was therefore appealing to the international community for further means of transport (to supplement the seven aircraft and 200 boats already active in rescue and relief operations) and the funds to acquire and deliver food and other relief goods.

Preliminary figures provided by the government indicate that 36.5 million US dollars is needed from donors. This is for all emergency requirements except food: the amount of food aid required has not yet been assessed.

Copyright © 2001 Panafrican News Agency. Distributed by allAfrica.com. For information about the content or for permission to redistribute, publish or use for broadcast, contact the publisher.